Thinking of Hiring a Data Scientist? Not as simple as it sounds… 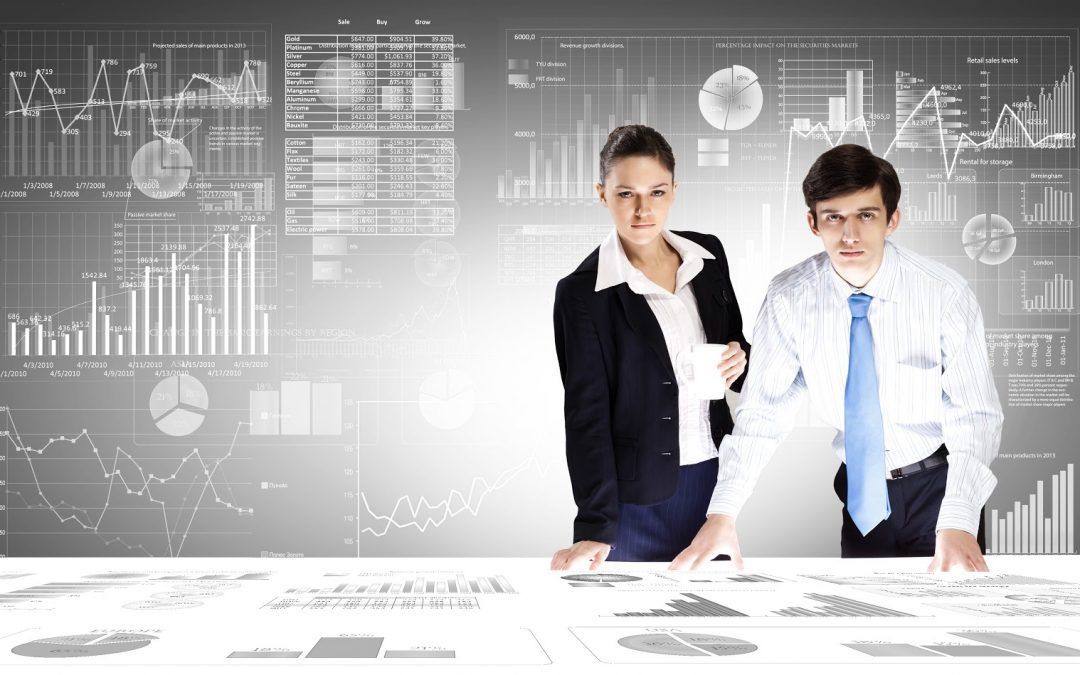 CEOs and decision makers are increasingly realising that to in order to progress and keep up with their competitors they will need to start making data-driven decisions. Therefore, this has led to an increasing demand for data scientists and data science talent within organisations.

However, when it comes to actually hiring a data scientist this can be a long and demanding struggle in itself. The main struggles the recruitment teams face include: not knowing what they are after, lack of required domain and soft skills, salary expectations and justifying hiring a data science for a permanent role.

Another key concern for recruiters is the fact that there is a small percentage of data scientists that tend to leave their job not after very long after starting. The reason for this can vary but usually falls down to them being offered an even bigger pay package elsewhere or simply in order to move to larger organisation.

Recent, research by Burch Works found that in 2018, 17.6% of data scientists and data analytics professionals changed jobs, with an average tenure of 2.6 years. The research also supported the indication that data scientists that were earlier on in their careers were more likely to change jobs sooner or more frequent then those with more experience.

The sample by Burtch Works was also divided by years of quantitative experience. The figures demonstrated that nearly a quarter (21.4%) of data scientists and analytics professionals with 0-10 years’ experience changed jobs in 2018 and their average duration was 2.6 years. Whereas those with 11+ year’s experience whose tenure was 2.8 years the percentage was only 14% (see below).

A recent poll posted by Dr. Stylianos Kampakis on Linkedin revealed that nearly 50% struggled when it came to the data scientist hiring process due to having lack of required skills/talent (see below). 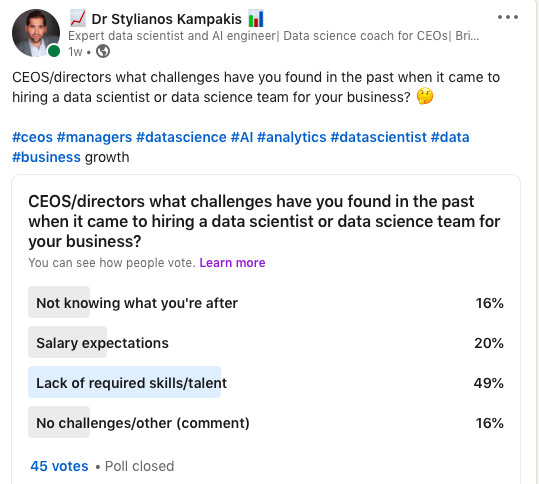 This is why The Tesseract Academy developed a free questionnaire for hiring data scientists which can help any CEO/Director/Decision Maker figure out what kind of skills they’re looking for in a data scientist and therefore clarify which data scientist will be best suited for the organisation.